Last April, I received an email from out of the blue. It may as well have been a missive from outer space. Imagine SETI getting a blip from Pluto. 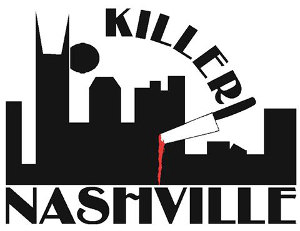 Emily E. informed me that the 9th Annual Killer Nashville Silver Falchion Awards were now open. KN was looking for the "...Best Books of 2015 and the Nominating Committee has identified Past is Present as a title we would be interested in considering. We invite you or your publisher to nominate this book at...The deadline is April 30." 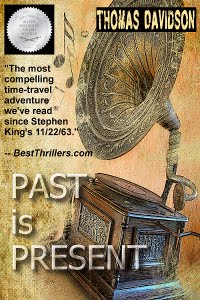 Was I surprised and grateful? Hell yeah. I was...flattered. The F word. Did I submit and send Jurassic Jim Fleetwood down to Tennessee? Hell yeah. Did I think I had a shot? Hell no. I submitted in April, among a zillion other submissions, with the same confidence one has when buying a megabucks lottery ticket at the local beer store. 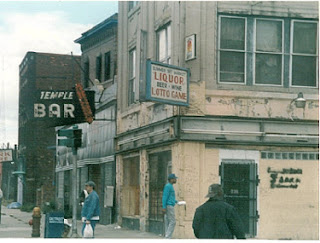 I made no plans to attend. I couldn't afford it, unless I hitchhiked there and slept at the city park. Of course, that was okay because I had no chance of winning. So why fly halfway across the country, run up my AmEx card, and watch excited strangers pop out of their chairs, arms in the air as if they're surrendering in a war zone, and get their award amid thunderous applause? 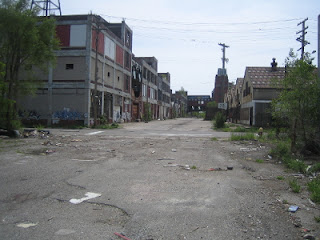 Get real, I thought. I have no publisher, no agent, no editor, no hardcover or paperback copy of my book. PAST IS PRESENT, which features the irrepressible Jurassic Jim Fleetwood (the most out-of-it man in America) is available only as a digital download on Amazon. Jim Fleetwood was going up against print books. In short: it ain't happenin'. 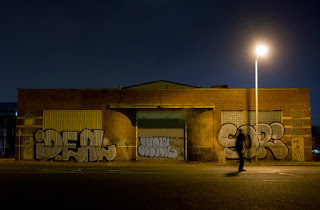 Detroit has a surreal edge

I'm from Detroit. I'm a realist. We Detroiters deal with hard, gritty reality. I'm a former factory rat. I did my time on the assembly line at Dodge Main, a filthy hellhole that, according to a TV news report, had the "highest homicide rate of any plant in the state of Michigan." 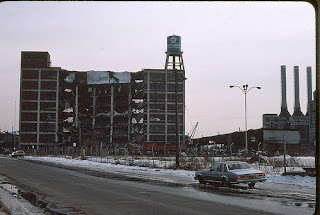 I know which way is up. When people refer to my hometown as D-Town, the D does not stand for "delusional." It stands for "Damn daddy...you ain't gonna zoom me. I'm zoom-proof." It'd take a world-class zoom-meister to zoom me. 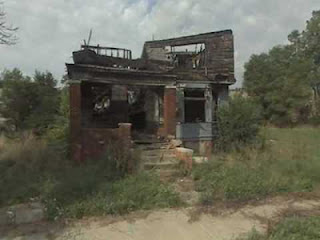 But hey, I thought: good luck to all those nice folks down there in Nashville. It was nice of 'em to give me a shout to brighten my otherwise ho-hum spring. It's not often we Detroit expatriates get that sort of tip of the hat.

Then Earth wiggled on its axis. Were endtimes nigh? 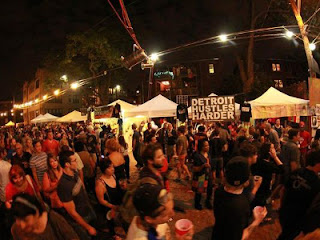 Yearly "Dally in the Alley," Cass Corridor, Detroit
(best party in the world)

On August 15, I received another email. This sentence actually appeared right near the top of the missive: "And here's some good news for you!" That's no typo. Good news. G-O-O-D.

I was a...finalist. Yes, the F word. I was thrilled. I laughed. I had urinary incontinence. How was this statistically possible? This news was light years beyond my expectations. I thought: good luck to all those nice finalists down there. But hey, I'm from Detroit. I'm a realist. We Detroiters deal with hard, gritty reality. Life is a roundhouse punch, then you fall into a valley of razor blades. No freakin' way I'm getting beyond finalist. D? I'll tell you what D stands for: Down-to-earth. Dispirited. Disheartened. Borderline depressed. But hey, we ain't no Ding-Dongs. We are zoom-proof. 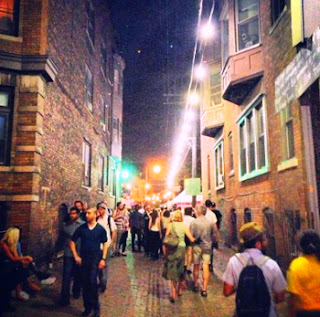 My old apartment building in the Corridor, right side
(best alley in the world)

Last Saturday night the winners for the 2016 Killer Nashville Silver Falchion Awards were announced at the Conference in Nashville. I had no idea who won. Why? Because I didn't attend. Why would I? Jim Fleetwood and I had no chance. Jim, America's premier vintage deejay, really, really, really understands the D word. For Jim, life has been a nonstop assault by Murphy's Law. Jim knows all about getting Murphed. But this time, we weren't gonna get tricked by the Murph. We may be Finalists, but we are also Realists. The R word. 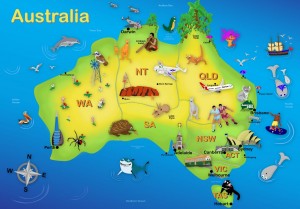 Australia, the land of larrikins
(best sanctuary for Earth's eccentrics)

And then...early Thursday morning, I got an email from a wonderful friend in Australia, who congratulated Jim and me for... 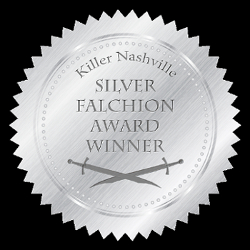 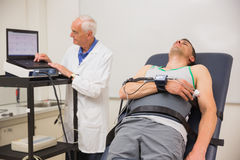 Posted by Thomas Davidson at 5:31 PM