New Year. New Book. Dirt Cheap.
For 99 cents...you can slither through the sewer!

A nod to Victor Hugo, author of Les Misérables, and its famous sewer scene. Think of this collection of humor as... 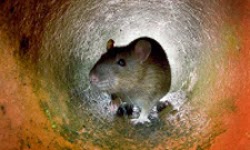 "Honey, this ain't the Tunnel of Love. Whoa!"

This book spotlights sewer rats (and a few innocent bystanders).

pipe dream  noun
A goal, hope, ideal, or plan so fanciful that it is very unlikely to be realized.

sewer pipe dream  delusion
A goal, hope, ideal, or plan so utterly deranged that it should be equipped with a toilet handle. To activate plan, simply flush it into the sewer system.

Question: Are you a connoisseur of bad behavior? If so, rejoice. 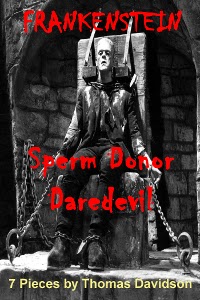 When does one officially become a connoisseur of criminal conduct? On the day following the weary realization that you cannot stop, reduce, or even put a dent into the rising tide of bad behavior. It's a global pandemic, a meltdown of good manners. A tsunami of terrible tantrums. And the tidal wave is roaring toward you. You are a sentinel on civilization's shore, arms raised, stamping your feet in the sand and screaming, "Stop the shit--behave!" Alas. Here comes a thundering 900-foot wall of water exploding with sharks, sea snakes, piranhas, barracuda, torpedo rays and crocodiles. Good luck.

Making the transition from "moralist" to "connoisseur of the unrefined arts" requires three easy steps.
Frankenstein: Sperm Donor Daredevil is the world's first digital s.e.w.e.r. Available as an e-book at Amazon. Just click on the word S.E.W.E.R. 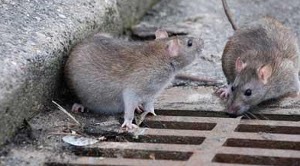 "Chucky, I got a great idea. Listen. We need a disguise. We dress up like hamsters...and then...you know...we get Popsicle sticks...and when some putz walks by the sewer, like...we pop through the manhole cover and threaten to give him a Popsicle beatdown unless he hands over the cheese. Shit, Chucky, it's airtight. Chucky, you listening? Look at me, Chucky, when I talk to you."

"Buzz off, Karl. I'm busy reading Tom Davidson's new book, 'Frankenstein: Sperm Donor Daredevil.' Wow. It's chock full of rats and ratty behavior. It's like...the Twilight Zone inside a sewer pipe. It reminds me of that French classic of gutter literature, 'Les Mousérables.' Remember? Gene the Gerbil stole a popcorn kernel in the city park that was meant for pigeons. The police chased him through the city's sewer system. 'Drop the popcorn,' the cops yelled, 'or we'll shoot!' Imagine being a starving gerbil, and swimming through a brown river of raw sewage while dodging bullets."

"Shut up, Chucky. Or I'll slap your lips off."
Posted by Thomas Davidson at 4:05 PM No comments: