from DARK HORSE to NIGHT MARE

(a tale of total terror) 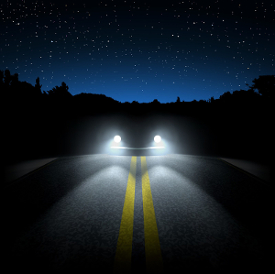 Headlights whitened her rearview mirror that night, suggesting two small UFOs weaving side to side, speeding toward her car stopped at a traffic light. She was backlit in the front seat, frozen in light and shadows. In a nanosecond, she understood this was a game-changer on a lonely stretch of road. If the other driver didn't apply the...

The oncoming truck thundered into her trunk, hitting her Bernie for President 2016 bumper sticker, turning her car into a squeezebox on wheels. Barbara Wanderly saw the dashboard roaring toward her as she smashed face-first into the steering wheel, oblivious to the tornado of metal, vinyl and glass.

Time passed. Paramedics rushed the unconscious woman to the nearest hospital. It was after two a.m. on June 16, 2015 when Barbara, strapped to a gurney, rolled out of the ambulance under a starry sky. Comatose. Adrift in a netherworld. 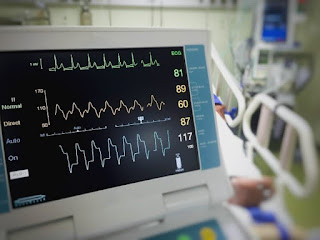 Later that day, Donald Trump stepped off a golden escalator and officially announced his candidacy for the presidency.

Barbara remained in a coma, and was eventually transferred to a nursing home. Months blurred by; years were a rolling fog. Until one morning her eyes blinked open. She heard a vaguely familiar voice nearby. She felt a bed beneath her, and saw a large, strange room with beeping monitors and bedridden strangers.

A teenage girl in a blue smock appeared above Barbara’s head.

After Barbara processed that, she managed a weak smile. “Who won? Hillary Clinton...or Jeb Bush?”

Confusion clouded the girl’s eyes. She leant back, pointed at a TV set suspended from the ceiling, the source of the familiar voice.

“Excuse me, excuse me!” The speaker's right hand moved in the air with the geometrical precision of a hummingbird. “No collusion! Fake news! That much I can tell you, believe me! No collusion!"

Barbara saw an afternoon press conference on the White House lawn. Reporters faced a president with orange hair combed in multiple directions. He was chattering about...a car accident? An automobile collusion? He denied colluding into a car full of...Russians. The police report was a hoax. "No collision, no collusion!" he said.

Barbara squinted—no, it can’t be—and recognized the new president. “Where am I?”

Barbara felt a surreal jolt. Her hospital bed spun like a top. Was she awake, dreaming, vegetative?

She concluded: I'm in a parallel world.

Barbara Wanderly, vowing to swim back to consciousness in a couple of years for an update, sank into the safety of her netherworld. 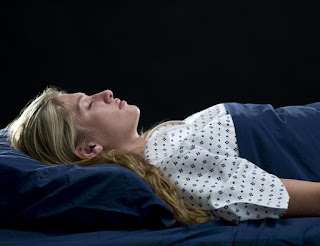 Posted by Thomas Davidson at 3:49 PM No comments: