In the legendary TV series, Kung Fu, Caine, the wandering monk, was nicknamed "grasshopper" by his Master. Who wouldn't want to be called a locust? At any rate, do you recall this exchange: 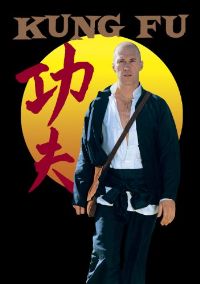 "If you make me mad, your ass is grass."
- the Grasshopper

Master Po: Close your eyes. What do you hear?

: Do you hear the grasshopper, which is at your feet?

Caine: Old man, how is it that you hear these things?


Now imagine Caine in California next year. He still has his satchel, but now sports red shorts and a white tee. He may be a wandering monk, but he also has a wandering eye. As they say, "He who travels fastest, travels alone." But even Caine gets lonely sometimes. Hence, he and this high-stepping lady are at Big Sur, catching rays at the beach. Until... 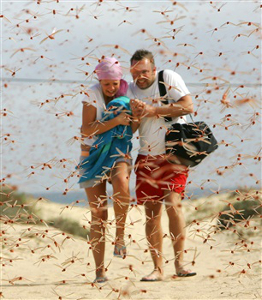 What's a monk to do?


Master Po: Close your eyes. What do you hear?

Young Caine: I hear birds. No, I hear a plague of locusts. Robot locusts. I hear the sound of major guano hitting the fan.

: Do you hear the grasshoppers, which are at your feet?

Caine: Feet? They're in my face, over my head. They're flying up my swim trunks. They're everywhere. I see a freakin' swarm of mechanical locusts. I see the end of life as we know it. I see a dark mass flying over the horizon. Here they...ahhhhhh... 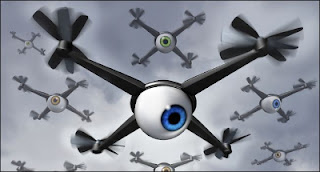 One of the unintended consequences of commercial drones is that they will remove boredom from our lives. Once they start showing up outside our windows, above our cars, or invading our chimneys, a whole new dimension of excitement awaits us. Imagine a drone the size of a pizza pie slipping inside the local supermarket, and chasing you down aisle five. Imagine it knocking boxes, cans and bottles off the shelves. Imagine getting hit with corn flakes and ketchup while slipping on spilled pickles as you flee for your life.

Imagine slipping on a dill pickle and taking a header onto the floor. You roll over on your back, look up. The drone is circling in for the kill, swooping past a box of macaroni. You grab a jar of spaghetti sauce off the bottom shelf and fling it at the drone, but misfire. And your last thought is: "I am about to die because of a dill pickle."

Pretty much everything in this blog is a stretch, so why stop now? I can easily see a parallel between commercial drones and a plague of locusts. As the FAA opens up restrictions, commercial drone use will soar. The sky will be increasingly filled with birdlike robots. One hopes the National Audubon Society will send a heads-up memo to their flock: "Dear Birds. Sadly, you are the low-income residents of the sky. You are non-tax-paying moochers consuming our garbage. You are about to be displaced by drones carrying cargo for profit and mayhem. Y'all screwed." 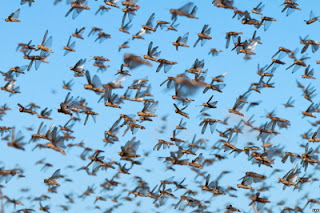 The drone plague is underway. Crop-sprayers can't stop them. Spraying pesticides from the air and at ground level can't stop them. Someone, please, call Pest Control. As for the loss of personal privacy? Yikes! Then again, privacy is dead. But drones will be dancing on its grave. This blog, The Museum of Sudden Disappearances, is dedicated to the illusion of privacy.

This unsettling photo was sent to me today by a concerned reader from a large American city, which shall go unnamed. According to the sender, it was taken last week from the rooftop of her high-rise building.

Can it get any worse? Yes, it can. Another concerned reader sent this unnerving photo last week. 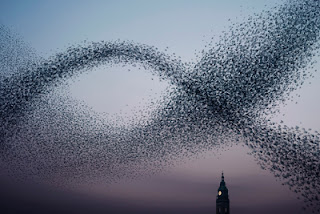 Is your town next?

Which city is it? Hint: the city that's no longer on the map. Brothers and sisters, this city is totally gone. No way this city survived a massive plague of commercial drones. Note the church steeple pictured at the bottom. One can scarcely imagine what the congregants must've thought, peering through the stained glass windows and seeing a dark trail of madness descending onto the city.

We live in uncertain, knee-knocking times. Here at the blog, what do we advise? The obvious. 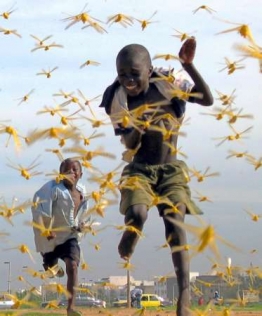 P.S. My recent thriller, EXIT, is on sale this week (November 18-24) for 99 cents. It's about, yup, drones. Suspense with a touch of dark humor. Reviewers have likened it to the TV series, The Twilight Zone, and also Black Mirror. 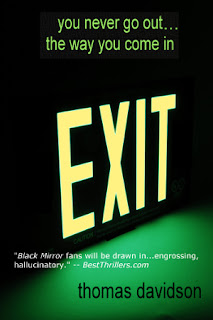 This click-happy cover is the exit to my EXIT Amazon page.

Posted by Thomas Davidson at 7:30 AM No comments: