Are you in bed with Beelzebub? 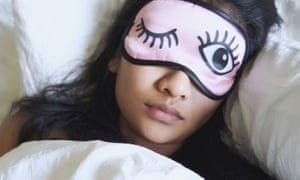 Her sleep mask was a warning: sleep with one eye open!

Years ago, Twyla Girdlestone, 29, of Saginaw Michigan, woke to the serene sound of a flushing toilet. All was well in the world. She pictured her new boyfriend, Aldrich, taking a whiz. Next she heard what sounded like a Gregorian chant coming from the kitchen. She raised herself on one elbow, slipped off her silk sleep mask, and checked the clock radio. 3:32 a.m. Twyla looked around in the dark, reached over, and turned on the bedside lamp. What happened next spiked her blood pressure, and changed her life.

The bed sheet and blanket had been turned back on Aldrich's side of the bed. Looking down, Twyla was perplexed when she saw...

Recently, Twyla purchased a top-quality mattress made of extra-plush foams and fibers to create comfort layers designed to cradle a customer's body and relieve pressure. Who wouldn't wanna make whoopee on that?

NOTE: Body impression, often referred to as body signature, is where the mattress has a slight indentation where one lies at night, on the surface.

Within seconds Twyla's confusion turned into terror. An impression was stamped on the bed, as vivid as a footprint in mud. It was a human profile of Aldrich...with anatomical accessories. The mattress suggested a forked tail attached to Aldrich's rump, horns atop his noggin, and cloven hooves for tootsies. Twyla vibrated with fear, peeling back the blanket. Oh...My...God! She beheld winged imprints tattooed onto the fitted sheet, as if leathery membranes had sprouted out of Aldrich's back.

Imagine the love of your life getting up to take a leak and you spot this on the futon. Honey, y'all gotta jumbo prob.

DEFCON 1 in the dating world

A mirror never reflects a vampire [see New England Journal of Medicine, October 31, "Reflections on the Unreflected: Myth, Monster, Mirror"]. So, too, only an extra-plush foam mattress can reveal a devil's invisible body parts, which remain otherwise unseen by the human eye.

How could Twyla have been so blind? Although Aldrich Bronwyn Snootfield IV was totally worthless, at least he wasn't wanted by the FBI or INTERPOL. Twyla had more than a decade of dating experience under her belt. She knew that the secret to dating was to drop your standards to approximately ten miles below sea level. Even at that depth, within the Earth's crust, it would still filter out 98% of single men, denizens of the ultimate man cave of dense rock, the Earth's mantle. So Twyla expected to meet zeroes like Aldrich. Blowhards with fancy-ass names, dullards not devils. 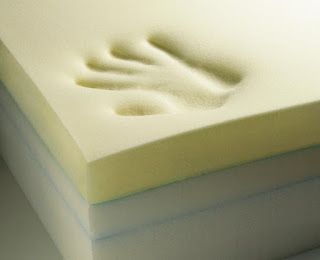 Today's world is already a minefield of letdowns and dashed hopes. Now women had to ask themselves, "For fucksake, am I dating a gargoyle?" Is my guardian angel appearing in the middle of the night, leaning on the mattress with one hand, whispering into my ear, "JFC, girl! You're lying in the sack with a sack of..." Shhhhh. Don't make a sound. Or Mr. Wonderful will hear you.

Twyla stared at the mattress and recalled her mother's recent warning. "Never trust a man who calls himself Aldrich, not Al. Edward, not Eddie. Richard, not Dick. And, of course, Gerald, not Gerkoff." Formal first-name users, according to Mrs. Bertha Girdlestone, were pretentious blowbags who should be thrown screaming from helicopters into the shark-infested waters of the Bermuda Triangle.

The clock changed to 3:33 a.m. Twyla glanced at the numbers, mentally doubled them, and thought: 6:66. At that moment Aldrich slithered into the bedroom in his tighty-whities, humming a Gregorian chant while doing pop & lock arm moves. He was either dancing or experiencing a charley horse in both legs while being tasered during a 10.0 earthquake. Twyla Girdlestone would soon be officially reported missing, and never seen again.

Is Satan your main squeeze? Seriously, is your boyfriend...Beelzebub?

If you paused for even a nanosecond while reading the above, you may have an issue. You may be dating a demon. 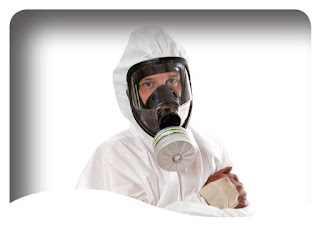 It's Saturday night. What shall I wear? An asbestos suit.
(Meet hellacious men on America's #1 online dating site, Asbestos.com.)

You may ask: "How the Hades would I know? Is he my infantile, flavorless, totally self-absorbed boyfriend...or boy-fiend? Holy smokes, I dunno!" 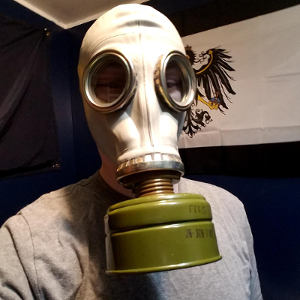 Although millions of men are soulless sizzleshits in polo shirts, the good news is that less than 24% are actually possessed by Lucifer. Most men collapse with beer on their breath and lies on their lips. But what if you kissed your snoring boyfriend, supine next to the toilet bowl, his feet in the hallway, his pants puddled around his ankles, and discovered that his breath reeked of sulfur? Might that give you pause? Might you say: "Oh Passed-Out Prince of Porcelain. Oh Ceramic Seer and Feudal Lord of the Floor. Oh Noble Earl of Saginaw, Michigan. Ye doth lie on the tiled floor, but doth ye lie to me?" 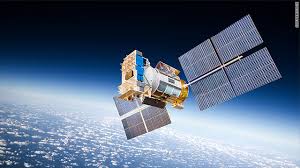 Women may wonder, "Where's this relationship headed?" GPS has 33 satellites littering the sky, one of which tracks relationships. Ask GPS. Say, "What's the coordinates on the location of this relationship? The latitude and longitude of love for the lovelorn...or I'd love to get my life back?" If GPS replies, "Dumpster fire, Category 5," consider yourself lucky. Pack your bags. Your life is on the upswing. 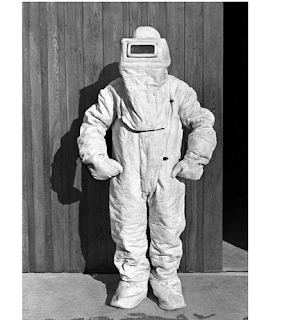 apparel for a break-up with Satan

Whereas if GPS says, "Turn left, turn right, welcome to Hell," don't fiddle with the thermostat. The heat you feel isn't greenhouse gas emissions, although a spiritual drought and a severe shitstorm is underway. So slip on an asbestos suit and scram.

PS: Whatever happened to Twyla Girdlestone? Who knows? However, years later this anonymous post appeared on a website for recovering incubus daters. The site's name? Ask Me if I Give a Sheet: Satin not Satan. 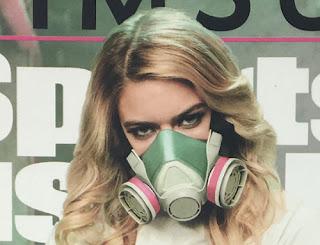